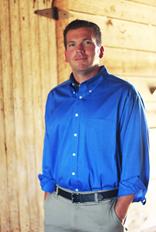 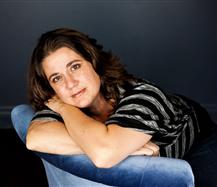 Bryan is currently the theater director at Heritage High School in Wake Forest. He also works at the North Carolina Theater Conservatory and Music Directs for various theater companies throughout the triangle. Recent credits include DREAMGIRLS with Theatre Raleigh (directed by Lauren Kennedy) and SPAMALOT with Raleigh Little Theatre. He has a degree from University of Cincinnati, College-Conservatory of Music in Cincinnati, OH where he had the privilege of studying voice with the late Andrew White as well as Tom Baresel. Bryan has over 15 years of private voice and piano instruction as well as over 30 musical theater production credits both in North Carolina and Florida. He is a certified theater and music educator both in North Carolina and Florida and has run numerous, highly successful theatrical workshops and summer programs. Former students have appeared on multiple seasons of American Idol, can be seen on broadway stages, and have had leading roles in both television shows and blockbuster movies. Bryan lives in Wake Forest with his wife Kristen and his 6 amazing children.

Carrie Phipps-Banfi is originally from Stuart, FL where she ran a successful private voice studio for over 13 years.  She holds a Bachelor of Arts with a Vocal Performance emphasis from The Florida State University, where she studied under Janice Harsanyi.  Her students have had much success, winning numerous local and state competitions as well as success to the semi-final level of American Idol.  While in Florida, she directed and music directed many locally, acclaimed musicals for Shiloh Theatrical Productions at the Lyric Theater in Stuart, FL.   Her favorites include, The Music Man, Oliver and Jeckyl and Hyde.  Carrie is an accomplished performer as well, having performed such roles as Maria, in The Sound of Music, The Baker's Wife in Into the Woods, Katherine in Pippin, and Fruma-Sarah in Fiddler on the Roof.  She is excited to team up again with Bryan Phoebus to produce/direct this time with Heritage Theater, as they enjoyed much success with shows such as Jungle Book, Seussical the Musical, Jr., Guys and Dolls, Jr., Songs for a New World, Aida and The Wizard of Oz.  Her most favorite project was creating the role of Claire in the premiere of John Mercurio's Riverhaven Book Club.  She lives in Wake Forest, NC with her Husband Steven and her five children.